Every five years, Statistics Canada conducts a census that provides a detailed statistical portrait of Canadians covering a number of different themes and geographic territories. The most recent census, conducted in May 2016, saw the reinstatement of the mandatory long-form census, whereas for the previous census in 2011, the mandatory long-form census had been replaced by the voluntary National Household Survey.

To consult data products, analytical products and reference material for the most recent census, we encourage you to use the Statistics Canada Web module of the 2016 Census Program. There you will find a wide range of statistical information based on different geographic territories, including economic regions (which correspond to Québec’s 17 administrative regions), census divisions (which correspond, for the most part, to Québec’s RCMs) and census subdivisions (municipalities). 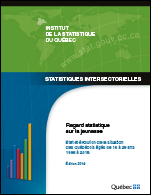 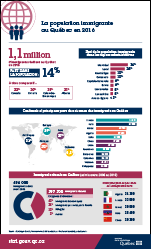